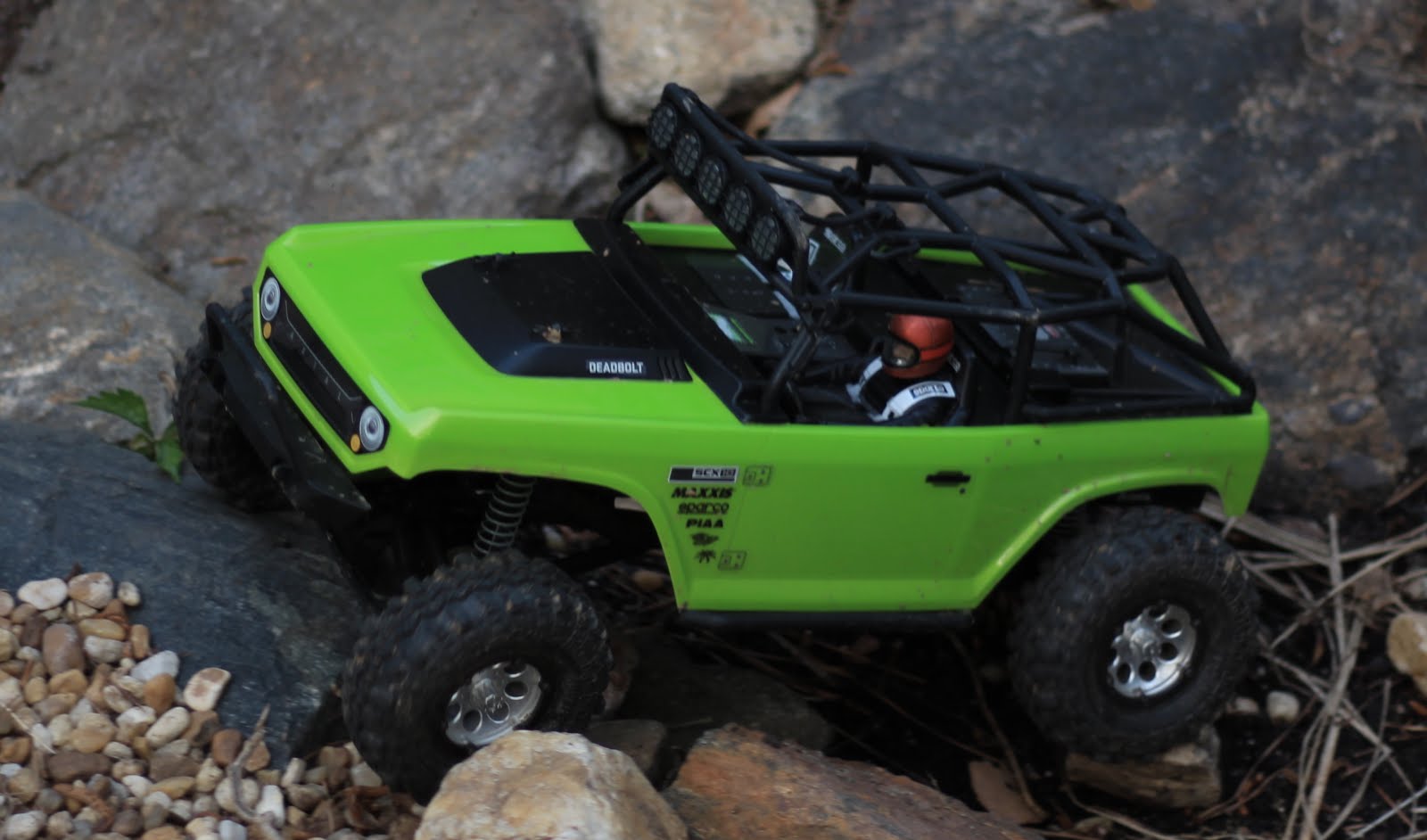 I installed a Chassis Mounted Servo and Panhard Rod kit. 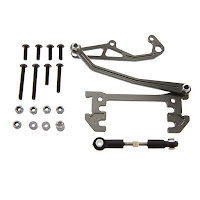 No instructions but that's ok. It's not to terribly hard to figure out.

I had to disassemble mine and change some things around to get it to work on my SCX10 Deadbolt.
But they give you all sorts of spacers and bolts to set it up the way you need it.
Installing it is sort of strange. It just slides in between the frame rails (you need to remove the bumper/cross members).
I used a couple of zip ties to lock it into place.

It looks great and works very well. Just pay attention and put your steering rod on the same side as where the panhard rod connects to the axle. 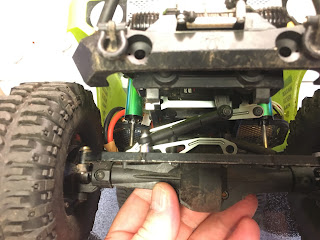 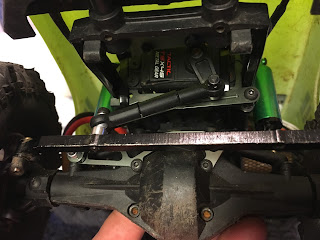 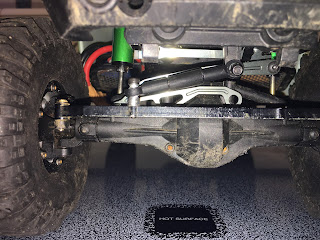 Found  this up the other day on Amazon.
It's not intended for the Deadbolt but it works and looks great. I removed the original lightbar from the Deadbolt and tossed it aside. I couldn't use the supplied nuts to mount it because there is no roof to mount it on! Instead I used some black zip-ties and strapped it to the cage in a few locations.
It seems to be very solid. I've already rolled the truck over several times (one serious tumble, tumble, roll, bounce) and it's not bent or anything. I really like it.


One thing I'm going to do is disassemble it and paint the inside of the light buckets with a shiny silver. I want to also figure out a way to black out the back of the lights buckets. The LED's shine out the back just a little and I don't like it, it's not very scale looking like that. Check it out on Amazon

Picked this up the other day, it's the Yeah Racing Dual Motor Steel Cable Winch #YA-0511BK

Very cool and really fast. This model came with a pre-wired DPTT (Double pole triple throw) switch that allows you to manually control the winch without a 3rd channel. Flip the switch one way and it rolls out, put the switch in the middle position and it stops, flip it the other way and it rolls in.

With 2 motors it's fast and strong.

When I first hooked it all up it didn't want to work.
Turns out I had to reverse one of the sets of wires from the motors. The two motors were turning against each other.
Once I flipped that around it was working great!
I guess they just tossed two pre-wired motors onto it and didn't think about the fact that one needs to go the other direction!

I wish these people would think about how you're supposed to bolt this thing on though. The 4 bolt slots (at least they are slots so you have some work around room) are all under the motors. First I removed the mounting plate from the winch and used it to mark and drill the holes to mount it (the stock Poison Spyder bumper is not setup for a winch). Then I re-attached the mounting plate to the winch (and used Loctite). Then I had to use a pair of Hemostats to hold the nuts in place while I worked the bolts up thru the bumper (they do supply all the necessary mounting hardware) . It was a bear and there was much cursing going on for sure but I finally got them all on (again, with Loctite).


I mounted the control switch in the passenger side of the drivers compartment. I was going to mount it on the bumper but I was afraid that the switch might get caught up on a branch or something and accidentally get turned on. I didn't want it trying to spool in and burn up the motors.